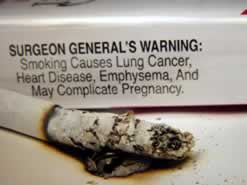 I was listening to an NPR report about a fight between drug traffickers and the Mexican army in the small town, Villa Ahumada, just 60 miles from the border. The small town was controlled by a drug cartel. The numbers were shocking. "...spiraling drug war that killed more than 5,700 people across Mexico in 2008," The most shocking thing about the report is that these drug lords were using guns brought in from the U.S.
Suddenly my mind does what it does so well --- it spiraled from a drug war in Mexico to a preemptive war in Iraq -- to suicides by children-- and drive by shootings on our streets--- and suddenly I wondered---
What if....
What if the surgeon general posted a warning
"Guns may be harmful to your health! They often cause death, disfigurement, depression, and a host of related problems"?

What if those wounded by guns filed a class action suit against the manufacturers of these weapons? and

What if they won? and

What if the gun companies had to contribute billions of dollars of profit to a trust fund for those whose lives had been destroyed by gun violence?

What if gun manufacturers like tobacco farmers started looking for new crops to plant?
New ways to contribute to the GDP.

What if people who sold guns south of the border to drug lords
suddenly saw the error of their ways as they spent stretches in prison or did public service?

What if the 2nd amendment meant you could own a gun for hunting, but not a semi-automatic machine gun?

What if?
Posted by LibraryTeacher at 5:57 AM No comments: