Learning to live with blessings and courses! 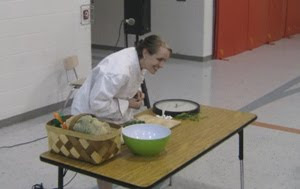 As someone who embraces technology and has used it throughout my adult life, I recognize that it follows the pattern established by God in Deuteronomy where he places both blessings and curses in our paths. With every new blessing there are ways we can use them that bring on curses!

The blessings of technology are easy to spot. Access to so much information, staying in contact with people, creating virtual communities...so much good. What could be the curses? They are the curses of unintended consequences. People who connect only with people who present a single side of a story --- people who concentrate and increase the separation among people in our country.

Our children more than any other generation have lost touch with reality. The spend so much time in virtual worlds that they lose touch with the real world that surrounds us. They do not know how to observe nature, they don't know where their food comes from or how the earth nourishes us. They perhaps don't even experience real depth of relationships, because they spend so much time in virtual relationships. I cannot stop or change the technology, but I can encourage experiences that let them be touched by that which is real, even as I encourage them to use the tools of technology!

Martha Stamps, cookbook author, newspaper columnist, and chef, visited Westmeade on Friday. Nearly 80 children got to watch a real chef turn a few healthy ingredients into a great after school treat. Vegetables from a real garden don't wait --- so even though the event was fraught with incredible difficulty, she was there at 2:00 in the afternoon to make a difference!

Timing was bad for her --- (she was in the midst of a move) --- because of this fact she had trouble getting my phone messages and I didn't get her email until late Thursday night (she had sent the message to my daughter whose email address is quite similar to mine but, thankfully, Noelle had forwarded it to me).

When I left home Friday --- I walked off without the cucumbers that had been in the refrigerator waiting for her! But not to be stopped by the lack of a significant ingredient --- I hopped in my car and in 15 minutes flat had organic cucumbers ready for her....She had been preparing the other tasty ingredients and didn't miss a step....I washed them up....and returned to help "strip" them and carve out their centers to make an edible bowl for the delicious heirloom tomatoes, herbs and spices!

As I helped her carry out the remaining ingredients to the car, a warm and gentle rain began falling. We finished loading the car and I watched as this lovely woman drove off to her own family. I stepped back into school to do my "car duty." Where children were eager to tell me about what they had seen. As if I had not been there, they shared the story of the lady who came and fixed "salsa" in cucumber cups!
Much better than the "virtual food" we are used to.....
Posted by LibraryTeacher at 9:38 AM No comments: 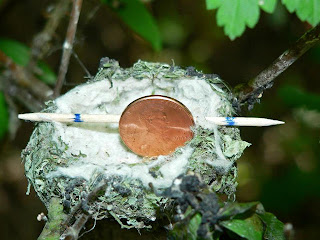 My father taught me always to make every job, no matter how menial, into something that I was attentive to. His favorite example of how to do this was mucking out the stable on his brother's ranch. Shoveling manure was not something he looked forward to, but it was necessary. When I close my eyes I can see him and hear his voice as clearly as though he were sitting next to me today. "Always try to make whatever job you are doing interesting. See if you can find a way to do it better or differently than anyone else."

Then he would describe this very unpleasant job and how he made it something he could be attentive to. While he shoveled the foul smelling brown sludge he planned how he could stack the manure in piles (pun intended) that were carefully executed squares--level and even, or sometimes more fanciful shapes... He would often laugh and say, "If you have to shovel sh_t you might as well make it interesting!"

My mother hated his use of such graphic language, but the message seemed to be worth the words --

Washing dishes is a task that I find boring at best. Unlike Brother Lawrence, I seldom think of it as a gift to God -- but, in deference to my Father's philosophy, I do try to make it more interesting by placing bird feeders directly in my line of sight. They hang in front of the window in a nearby tree. This Sunday as I washed dishes I glanced at the feeder and saw a bird. He seemed to be sick -- the way birds look just before they expire --- but on closer observation --- he was occasionally beating his wings and clearly trying to extricate himself from the feeder. He was caught!

So instead of saying "birdie last rights," I grabbed a paper towel to protect him from the sight of a giant hand and to protect me in case he had some strain of avian bacteria that I could contract! Ultimately, I had to call in reinforcements and my daughter and I removed the feeder from the tree. (All the while I had to hold the little bird to keep him from further injuring himself. He had already managed to pull a feather from his wingtip and was bleeding.)

Using a tweezers and turning the feeder upside down --- I was finally able to free his beak which had gotten wedged between the ingenious prongs that kept the squirrels from being able to reach the seeds. It gave us joy to have saved this one small bird.

At school yesterday I had the opportunity to intervene on behalf of a Ruby-Throated Hummingbird! There is a butterfly garden outside my library window, and the butterfly bush attracts not only butterflies, but also hummers! Suddenly I heard the little fellow. The familiar hum followed by his little body bumping against the light fixture. I jumped into action turning out the lights.....I was going to make sure the bird escaped! Last year this same thing happened and I thought the bird had gotten out --- only to find his carcass later in the week! I was determined not to let that happen again so I chased that little fellow around until we were both worn out. He landed atop the 800's....no doubt a literary bird! I climbed up on the OSHA stool and cupped my hand over him. Sliding him to the edge of the shelf I gently placed my other hand so as to catch him. Thus did I trap the tiny fellow.

Just at that moment a group of 3rd graders lined up in the hallway on a bathroom break, and they were able to accompany me to see his return to freedom. Not, of course, before asking a number of questions about how I caught him and why he came into the library in the first place, and what would happen to him after I released him. I sent them back to their room and told them to investigate the links on their class links webpage. I had just put these up a week ago when I saw feeders attached to the third grade classroom windows.
http://community-2.webtv.net/Velpics/HUM/

Twice in the course of the last week I intervened to save the lives of my little feathered friends, and often as is the case that set me thinking about possible metaphors for these experiences. So here goes.

I saw a need. I didn’t think to ask myself is this worth the risk? Even though there was some danger in a woman of my advanced age and agility chasing the little humming bird and climbing up to rescue him…..I just didn't think of it.
I didn’t think to ask his country of origin. I didn’t expect anything in return, except the pure joy of saving a small life.

In the midst of the frantic healthcare anger fest -- My little birds reminded me that MOST people would do the right thing if confronted by someone in need. They wouldn’t ask his politics or even country of origin..…they would just reach out… I wonder if we couldn’t just do that…stop the shouting and reach out!
Posted by LibraryTeacher at 9:39 AM No comments:

My return to America was as culturally shocking as my arrival in Europe two months earlier! I returned to a country where anger had utterly replaced discourse. It seemed that every day newer and more preposterous accounts of what was in the emergent congressional health care legislation was reported in news media lending credibility where none was deserved. Please read the article in AARP's September Bulletin "The Assault on Truth."

My husband pointed it out to me. He gets the AARP newsletter and has since he turned 50, but me....I like to think I am too young for such material! The article answers in reasoned ways some of the most egregious myths about health care and leaves it to the reader to draw conclusions. It also cogently explains why fringe ideas are finding their way into public acceptance. That is frightening. The knowledge that nonsense if repeated often enough might be perceived as truth lead me, weary from a long day at school with candle-in-hand, to a health care vigil at Centennial Park in downtown Nashville. Your won't find me in the pictures, but I was there.


As a Goldwater Girl wannabe (I was not old enough) I followed the 1964 election diligently. My brother, the much older college man, had plastered Goldwater or socialism bumper stickers all over the back of his 1953 Plymouth. I idolized him and read the books he left around the house. Several of these were the kind of fringe thinking that is getting so much play today. Filled with hateful speech and fear mongering about how Gestapo would be in my house if we failed to elect Goldwater. In 1963 the main stream news media would have used the "Fairness Doctrine" if these ideas had been in the main stream of news. It was the doctrine that required news to be separated from commentary, and opposing viewpoints were presented back-to-back to let people sort through the maze of misinformation themselves. I loved the old Johnny Carson spoofs of the fairness doctrine on the Tonight Show! My favorite was the NRA guy in his plaid shirt who always spoke in favor of guns...anybody remember his name?

The argument against the fairness doctrine runs that today you can get any viewpoint you want on media....so no need to require it of any network. That is 100% accurate, but the problem is people only choose to receive the feeds they already agree with. They do not hear or see opposing viewpoints. The news all comes form the same sources and is picked up and used by all news outlets. It is difficult to find any news organization supporting independent reporters. Independent reporters are critical to our democracy. They invest the kind of time and energy in unearthing what is happening and thereby holding government, politicians, corporations and individuals to a higher standard. I can no longer sit by silently as I watch my country degenerate into a bickering match between intellectually unarmed people. A democracy can only function if there is an educated electorate. I cannot stand yelling and hostility----so I stood quietly until my candle burned down for all the people who need health care, but can't afford it. For all the people who had healthcare, but lost their jobs, for all the people who will need healthcare, but can't imagine needing it. I stood until my candle burned down because we must return to civil discourse and thoughtful inquiry as a way to seek truth!
Posted by LibraryTeacher at 10:11 AM No comments: