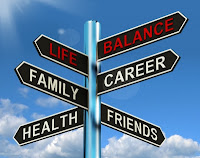 As we meet week to week to think about how our lives will change as educators and neighbors of Westmeade Elementary when we become the first environmentally sustainable school in Tennessee,  it is interesting to think first about how our lives need to change to make our planet sustainable and its people healthier.  Living simply has implications beyond just the junk that fills up our lives.  Our NWEI course book talks about the complex nature of our interaction with “busyness” work  and leisure.

“Even as neuroscience is beginning to show that at our most idle, our brains are most open to inspiration and creativity – and history proves that great works of art, philosophy and invention were created during leisure time – we resist taking time off.  Psychologists treat burned-out clients who can’t shake the notion that the busier you are the faster you work, the more you multitask, the more competent, smart, and successful you are.”

Our discussion seemed to center on how we might slow down, and a resounding agreement that multi-tasking is myth.  Since many of us are teachers, it was clear that we use the summer to decompress from the unhealthy kinds of busyness that the book talked about.  We were all surprised to learn that people in the mid-20th century thought life in the 21st century would be less hectic.  This fact brought some laughter.  After WWII, productivity, along with rising incomes and standards of living, led other economists to predict that by 1990, Americans would work 22 hours-a-week, six months a year, and retire before the age of 40.

While accepting the Republican Party’s nomination for president in 1956, Dwight D. Eisenhower envisioned a world where “leisure…will be abundant, so that all can develop the life of the spirit, of reflection, of religion, of the arts, of the full realization of the good things of the world.”

We realize that these predictions were based a world which was quickly disappearing.  Following WWII the U.S. was uniquely positioned to sell its goods across the world.   As we helped war-torn countries re-establish their own industries.  As unions that had won high wages and benefits for workers were attacked and lost their power those who control corporate power were emboldened to require greater productivity with less reward.  The increase hours at work, fewer holidays, and significantly increased loads of work stripped leisure out of the equation.  In fact in 1975 50% of the GDP was wages, by 2012 they were 43.5

While we agreed that getting to this point was a complex and lengthy trip, so unwinding our consumerism and overwhelming dedication to acquisition over well-being  will  be complex and lengthy.  We took first steps last night.  We choose very small pieces that will make the whole.  Little things like always having the reusable shopping bags handy, to using stainless steel straws when only plastic are available are small things but if everyone does small things GREAT THINGS will be accomplished. Several of us decided to attempt some of the mindfulness exercises as well.  And I am thinking that it couldn't hurt to teach some of these concepts to young children. hmmmmm.
Posted by LibraryTeacher at 12:52 PM