Two books that I am reading this summer are coming together in an unexpected way. Diane Ravitch's The Life and Death of American Education and Jim Wallis' book Rediscovering Values are about seemingly very different topics, but as always the reader makes the meaning and I am finding that they share much in common.

Ravitch, one of the early education reformers, has concluded that not only were there problems with education, but there a 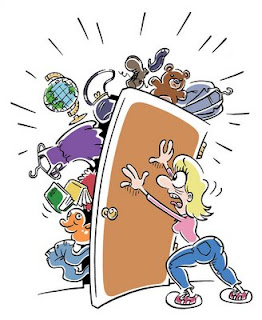 re even perhaps more problems with the proposed fixes. In the second book, Wallis is looking at current economic policy in our country as a moral issue, and one of the first things he suggests is that in order to learn what we need to know we must ask the right questions.

In fact, I think these two issues as well as those of environmental concern converge in the fact that our entire society has been asking the wrong questions and using the wrong measures for some time. For years we have used the GDP as a measure of national success. But a new measure has emerged in recent years, the GNH has raised in important issue. In this world should we just measure gross national product or commerce or should we measure gross national happiness?

Is it reasonable on a finite planet to believe that there is unending growth ahead --- is it reasonable that the world should all replicate the American model of every person having a mcmansion and several cars? AND did those things make Americans any happier? Many Americans are talking about sustainability and environmental issues apart from the simple question just posed. There is the small home movement, the slow food movement, the small carbon footprint movement.

There is a simplicity movement afoot (no pun intended) What is the value in life --- is it the hours we work per day, the product that we make--- in the evidence of our success by virtue of the stuff we own? One tribal person in South America who was hearing about the union fight in the United States to limit the work day to 8 hours burst into laughter. When asked why he was laughing he replied, "We only work 3-4 hours a day!" I guess it is all your perspective.
Posted by LibraryTeacher at 7:48 PM No comments: